The world woke up to the news that Donald Trump tested positive for Coronavirus. U.S stocks fell sharply.

Is it all an October Surprise that will swing the election? Or something else? What do the markets think of the 2020 Presidential Election?

The easiest answer is, who cares?

Professionals approach the market with caution, rules, and a systematic process designed to reduce risk. Professionals do not speculate or try to predict the future. They use a combination of fundamental and technical analysis to guide their decisions and inform their trades.

The decline in the stock market on October 2 is an event-driven effect. 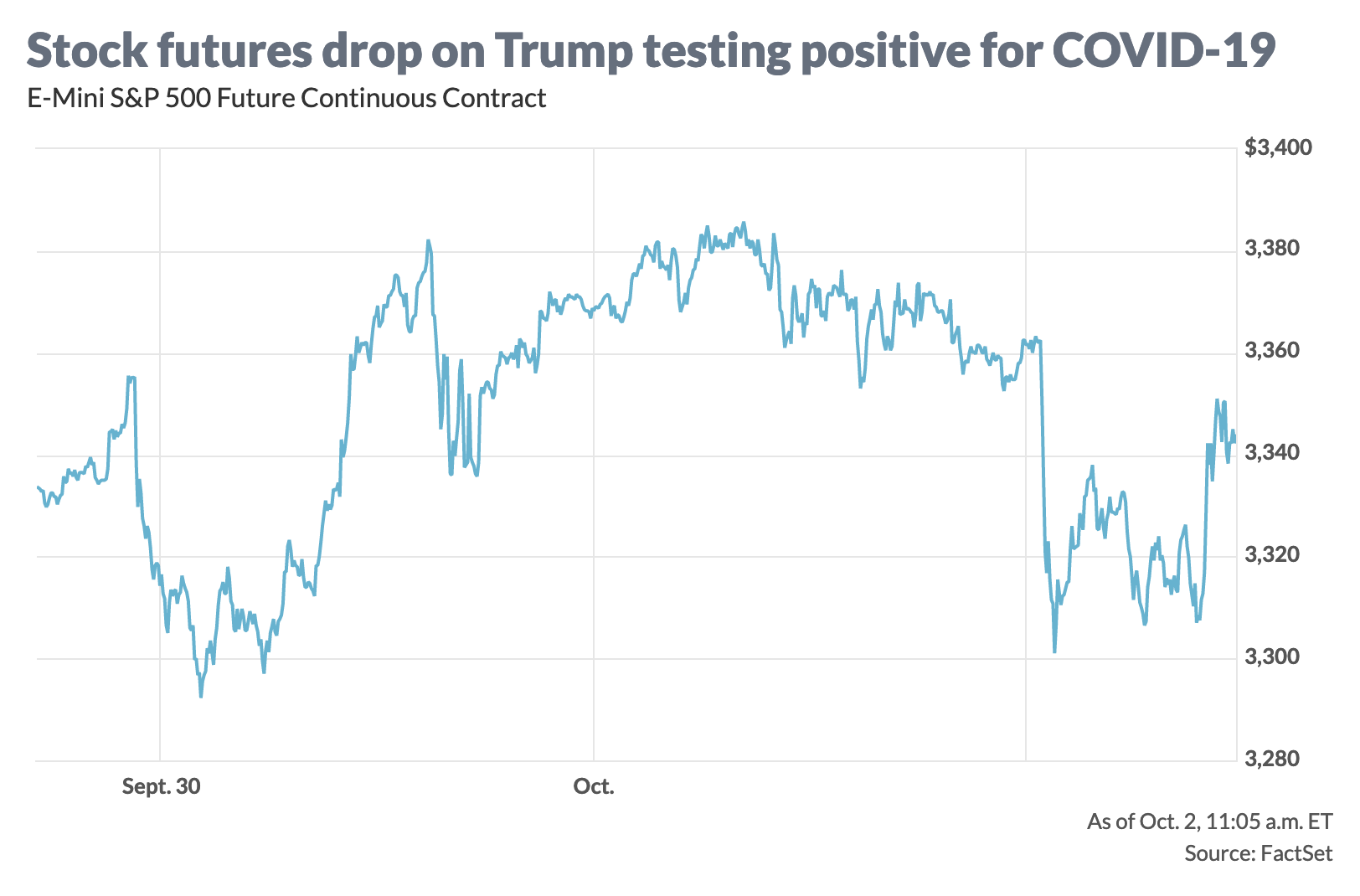 Do Elections Impact The Market? 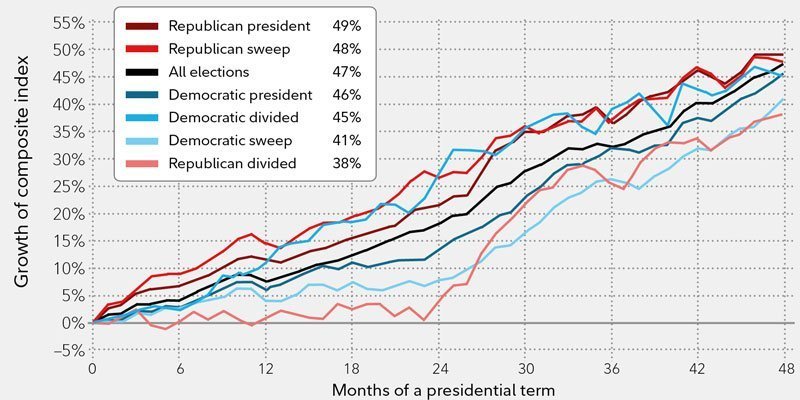 The chart above illustrates the 48 months of a presidential term, for a Republican President or Democratic President with sweeps by whomever.

Looking at the first two years after any US Election, what you see is that it almost always goes flat. The administration has very little impact. In the final two terms, all of them have a benefit. In terms of the markets, there is no benefit to having a Republican in office or a Democrat in office. They all have a period where Republicans have historically had a slightly better positive impact on the markets in the first year than Democrats but they all tend to catch up by the second half (except for when the Republican Party is divided because it can’t get its mission in play but when it does, it catches up very quickly.

Again, Professionals under the difference between event and economic driven. They concern themselves with following their rules and avoiding losses when market structure is broken.

When the ’87 crash happened, the market suddenly dropped then went right back to the same tradeline and continued up almost to the tick where it would have been had the event not happened. 2000 was the same: technology boomed, went down, and came back up and the market continued almost as if these events didn’t happen. These are examples of event-driven corrections.

The crash of 1929 was an economic crash. There was a fundamental change in the underlying economy of the United States. The market dropped. When it came back up, it was on a new tradeline lower than the earlier tradeline.

Professionals do not put a lot of credence into events, unless the structure of the market is broken. They do not try to pick a front runner or speculate on what is going to happen. Professionals do not have to rely on trying to predict the impact of an event on their portfolios. They have the knowledge and tools to analyze the markets rationally and the flexibility in their positions to be adaptable and flexible enough to change as change is needed.

FREE VIDEO REVEALS ... how professionals avoided the 2020 correction and how you can learn to Trade Like A Pro.

How Professionals Avoided the 2020 Correction

Add the competitive edge needed in your investment process. Register to get instant access the the replay today.

Enter your name and personal email address below to register for free webinar...

*Corporate servers often block emails. To ensure you receive our message, please use your personal email address. Your information will be used to send you the webinar details and subscribe you to Lloyd’s weekly newsletter. I will only send you relevant information. I will never sell your information to any third parties. You can, of course, unsubscribe at any time. View our full Privacy Policy.
x